I actually made the final 4 in the race to be crowned Met Office Outstanding Colleague 2019! No joke.

Having previously been nominated in 2016 (that year the voting window was really short) I promised myself if I ever got the chance again, I’d run a voting campaign to raise awareness for the awards themselves, prompt people to vote (and hopefully tick the box for me!) 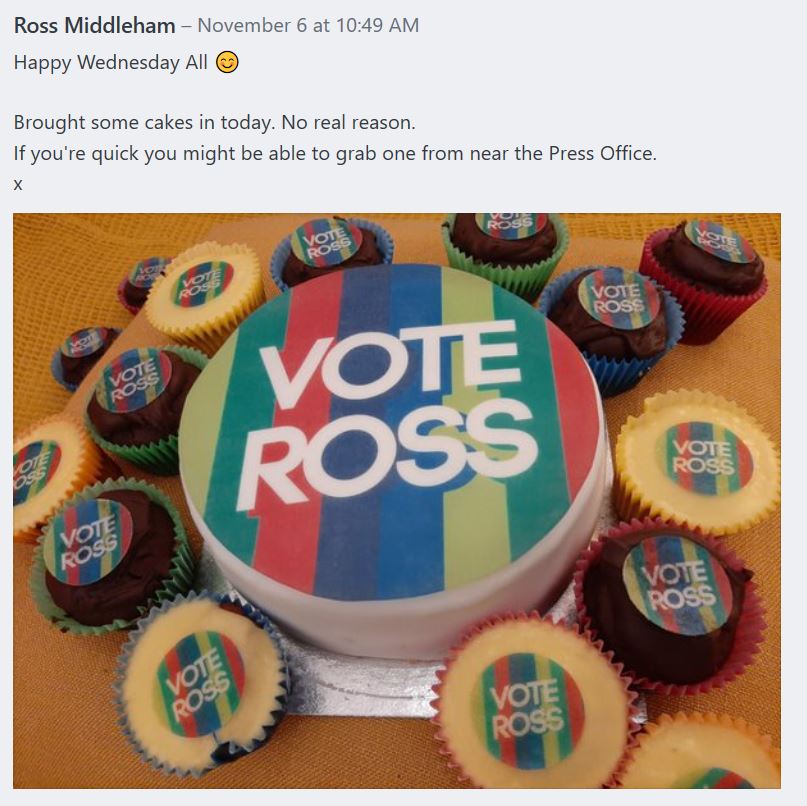 After a couple of weeks of tough campaigning I managed to brainwash enough people to vote for me. And I thank you all. It’s been an amazing journey 😉😅 T-shirts, mugs, cakes, subliminal yammer posts, stickers, badges, screensavers, water dispensers, celebrity endorsements and even vending machines were used to spread the word. 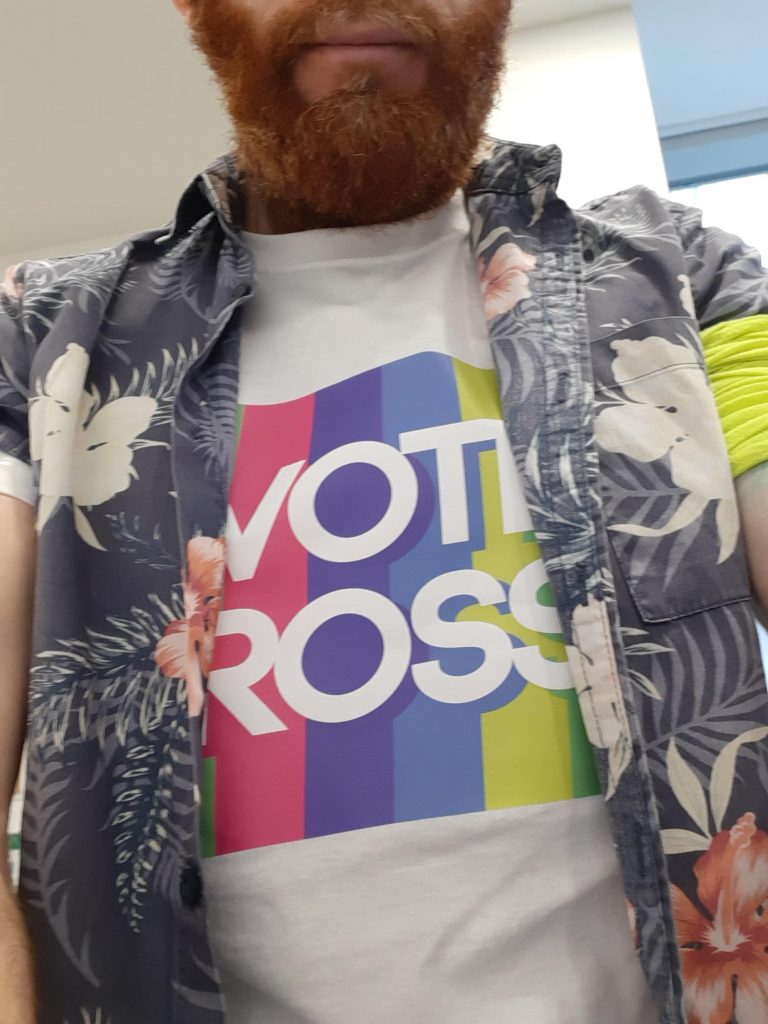 #VoteRoss started trending across the South West and I even spawned a Stop Ross campaign. Yep, pretty shameless I know, but really just a bit of fun. 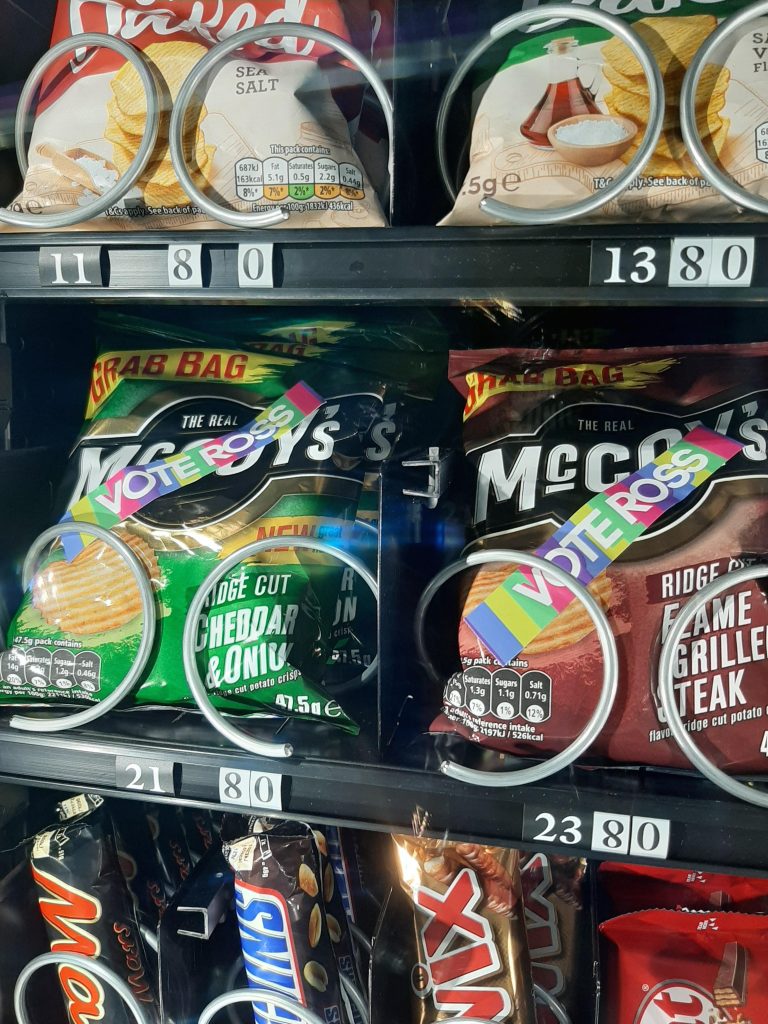 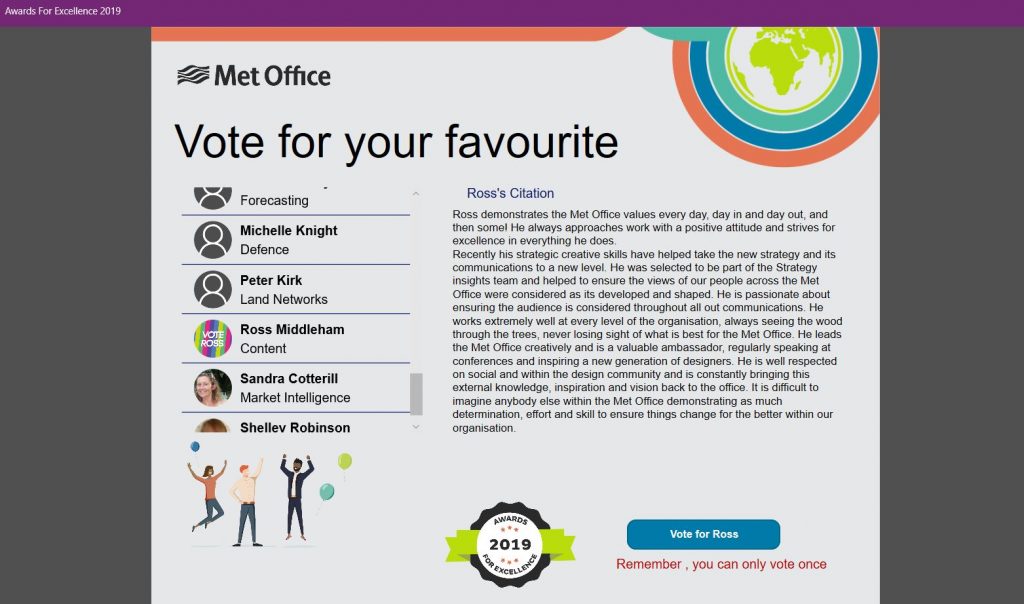 I work with some amazing colleagues whose work really does make a difference. I’m super proud that people think that what I do makes a difference too. 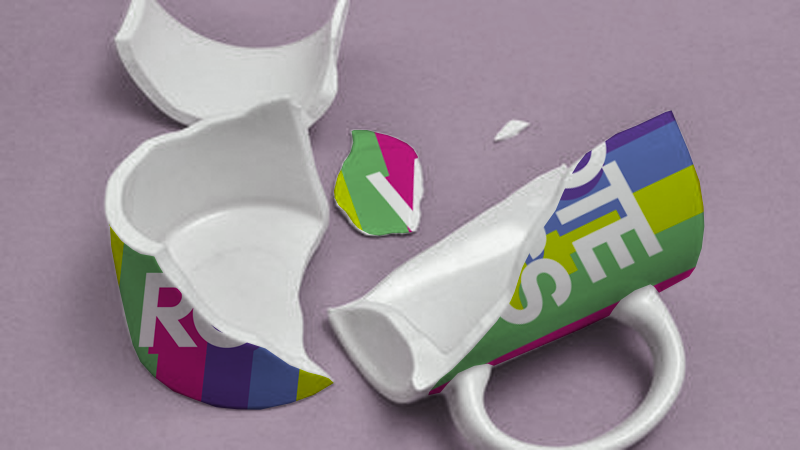